“You will never know your limits unless you push yourself to them.” Anonymous

Prior to August 7, the longest I had run was one hundred miles. Immediately upon finishing I said to myself that was the hardest thing I have ever done. And I thought I would never want to push myself that hard again.

It was such a powerful moment in my life. And the image of approaching the finish line, one I thought I would never see, are forever engrained in my mind. As are the memories of being so overwhelmed with joy that I broke down into tears upon finishing. Tears of joy for sure.  But also being so overwhelmed having finally allowed myself to reflect on what I had done.

You see, during my run, I refused to allow myself to think. I envisioned an imaginary field around me. Maybe ten feet in diameter. That was my world. And I would live in that circle for twenty six hours. Not allowing myself to think beyond. It was the only way I would achieve my goal. This was December 2019.

So I began 2020, with great memories of completing my first hundred mile race. For weeks I was grinning from cheek to cheek. And then I began to ponder, once again, if 100 was not my limit, well what is? Can I go further? Do I want to go further?

I couldn’t answer the first question, but I was confident in the second. Yes, I wanted to go further. I wanted to push further to find my limit. So I signed up to run the BigFoot 200 mile race in August of 2020. Yes, two hundred miles, within a four day time limit. All by myself. A combination of running, walking, hiking, and who knows what.

Then Covid came and altered our lives. I’ll refrain from my own definition of “altered.” Let me just say, I am not a fan, at all, of the way we as a society or country have handled Covid. But I’m one person and I have a right to my own views. As do you and everyone else.

So it’s mid July, I’m fully trained, and getting ready to fly to Portland to run 200 miles in early August. When the unthinkable happens. The race is cancelled. I’m devastated for about five minutes. Yes, it only took about five minutes for me to decide I would run 200 miles on my own. There was nothing stopping me. I had worked too hard to get to this point. I was not going to let anything get in my way.

Fortunately, I am blessed with great friends and family. People who unselfishly supported my efforts. People who took time away from their own busy schedules to help me achieve my dream. 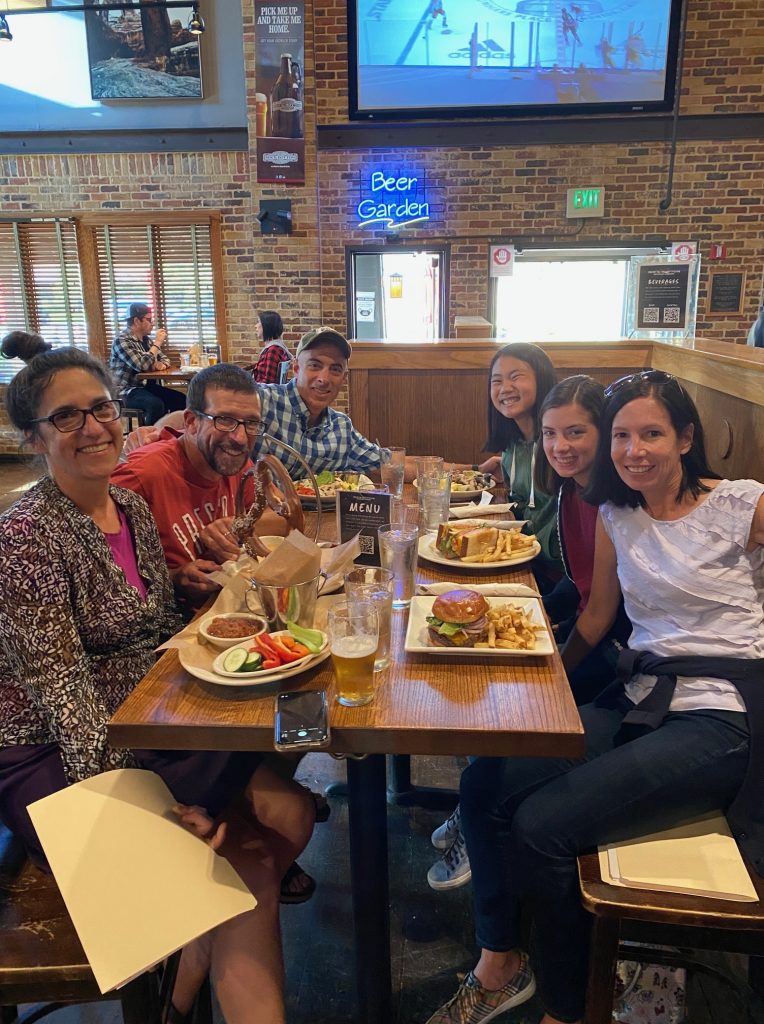 It Takes a LOT of Supplies 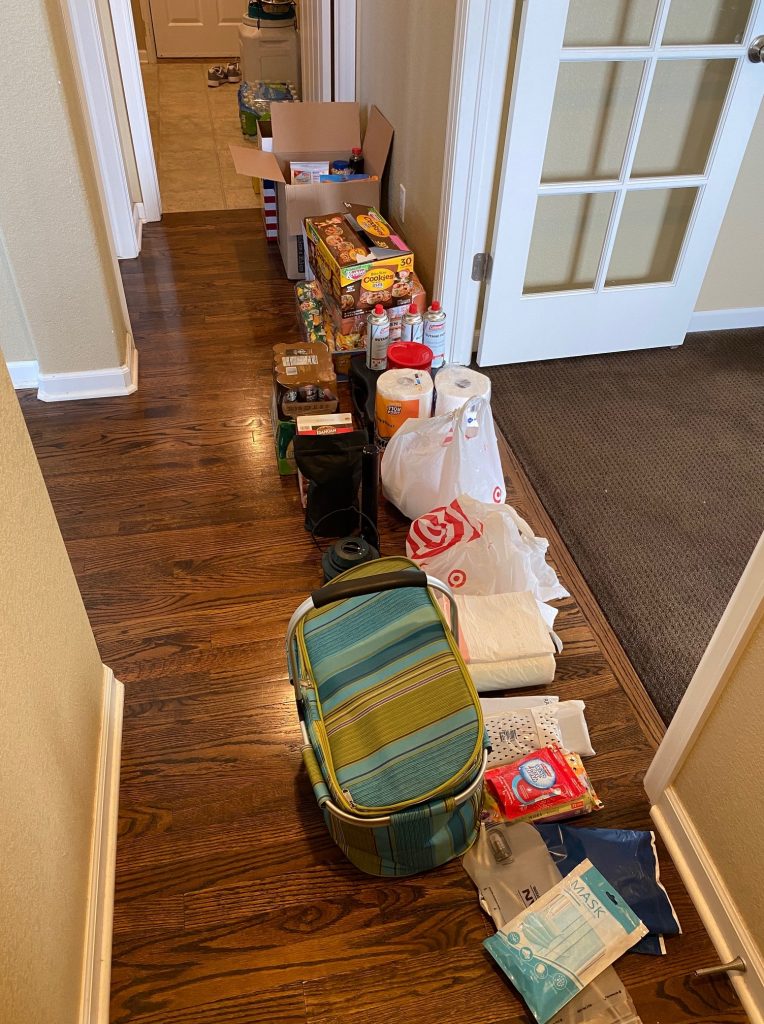 It was August 7. The alarm went off at 2AM. I woke, had some coffee, got changed and headed out the door. It was now 3AM, dark, lonely and I was about to embark on a 90 hour journey. It was the first time in my over 50,000 miles of running that I left my house with the intention of not running home. I was headed west. Through the foothills and deep into the Rocky’s. Leadville, CO was the destination. And it seemed impossibly far away. 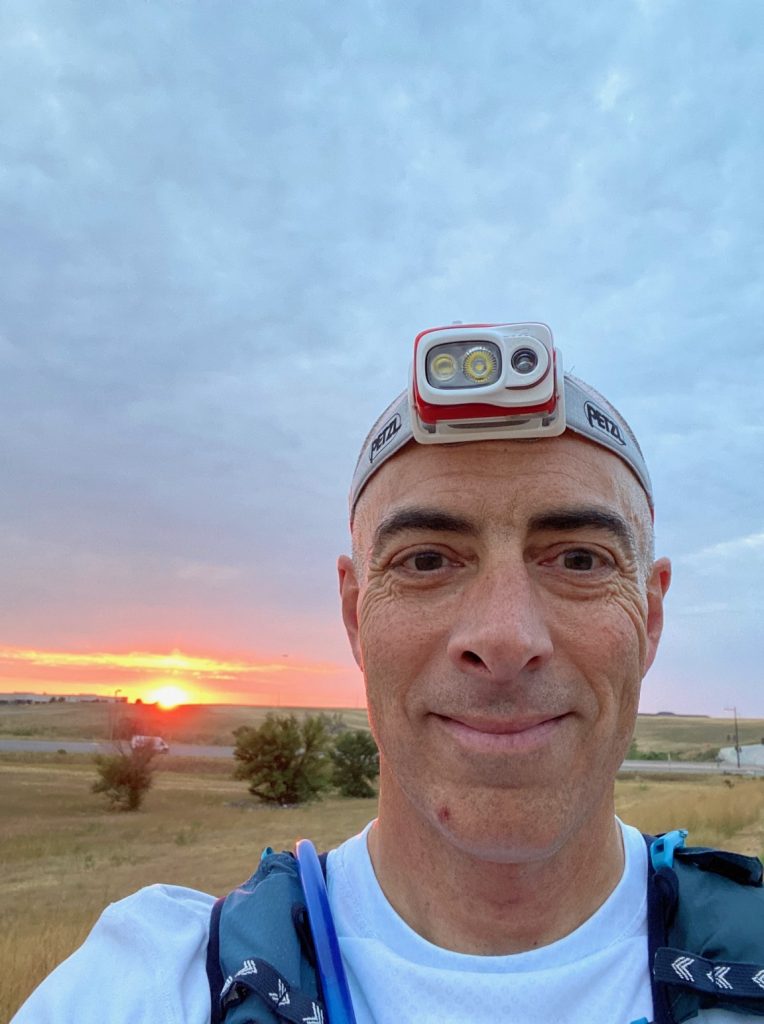 After thirty five miles of running on the roads, I reached segment one of the Colorado Trail. It was 10AM and I was feel amazing. But that was the high of the day. The heat and climbing across Segment 1 and 2 would wear on me. The photo below was taken by my wife around mile 56. It captures so much.

Mile 55 “ish” about an hour from sunset. Bring on the dark. 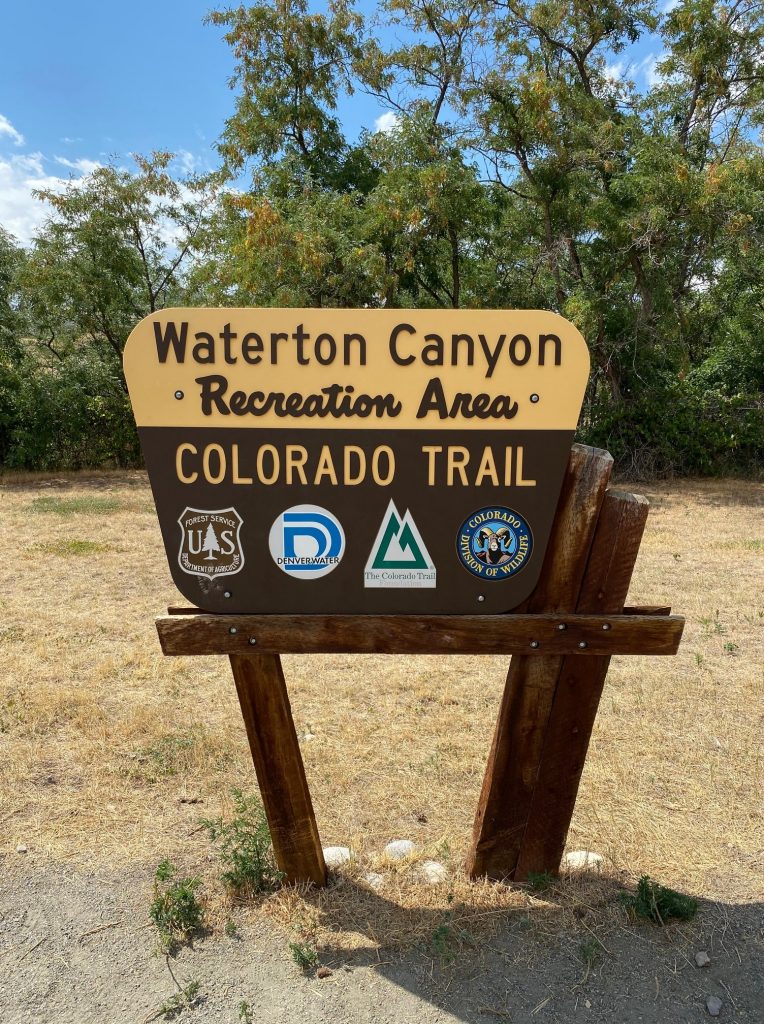 No Black Bear Sitings but Apparently One Was Active 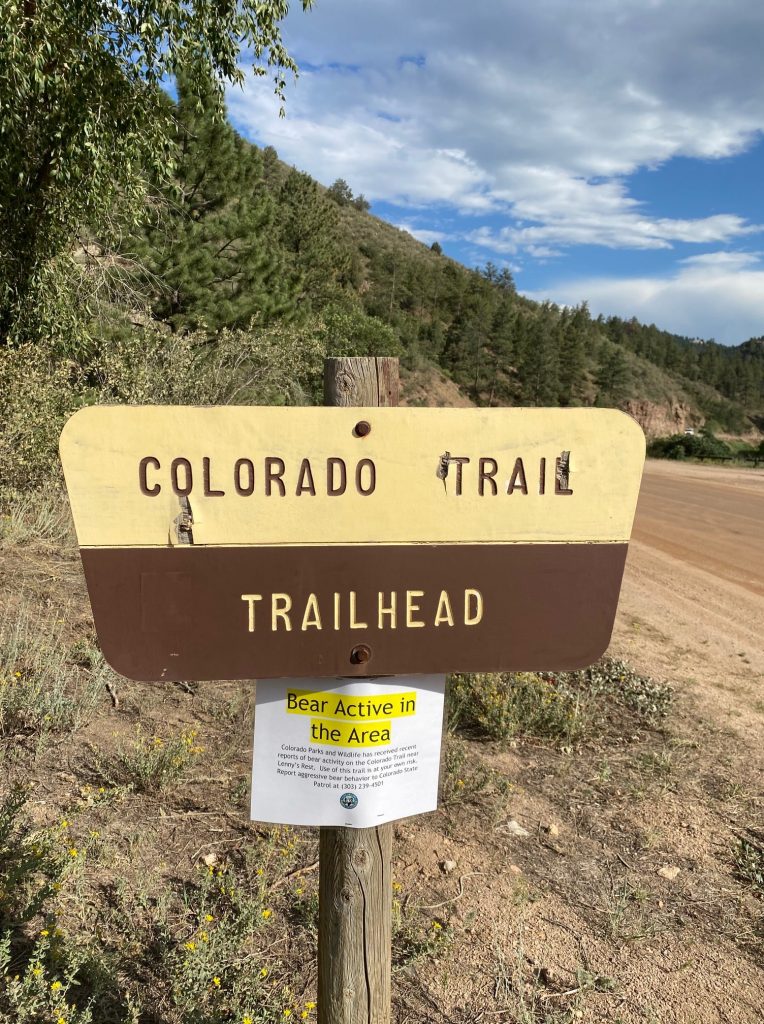 My Daughter Ashlyn and I Finishing Segment 1 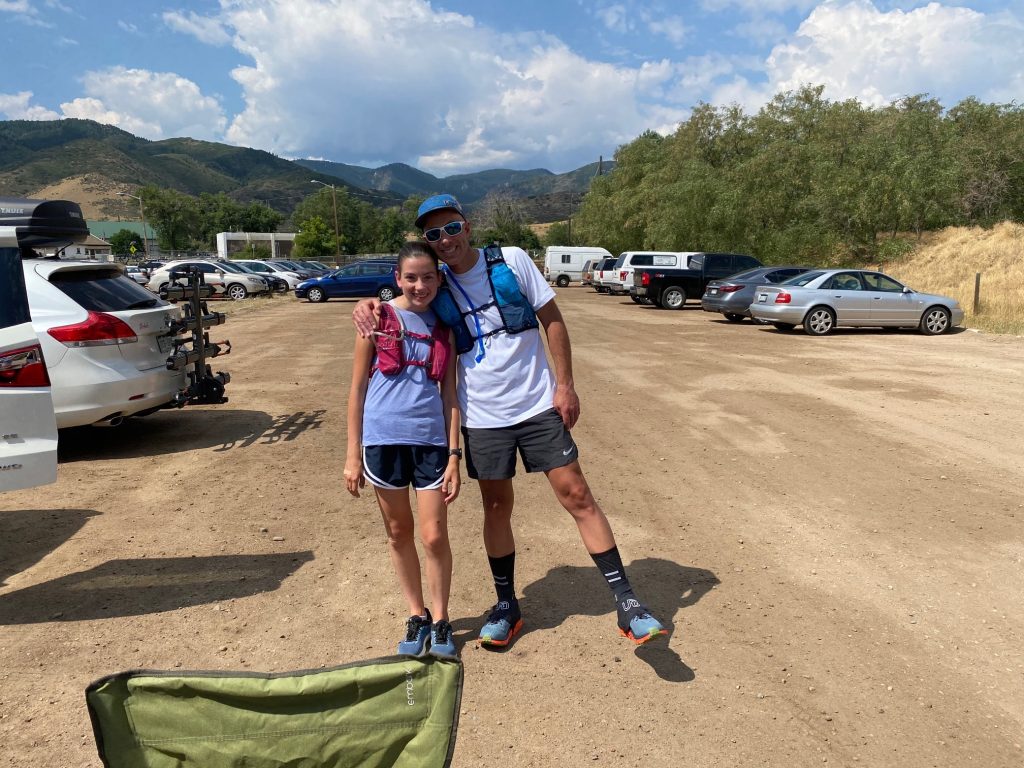 Day 1 would come to a close with sixty two miles completed. A quick 3 hour snooze in the our van and I was back at it. Miraculously, Day 2 would be a lot easier than Day 1. Why I have no idea? It was still hot. There was more climbing over Segments 3, 4 and 5, but I felt great. And I clearly remember saying to myself “running 200 miles cannot be this easy.” But it was. At least on Day 2. Day 3? We’ll, that was a different story. A completely different story.

Day 2 ended with a six hour traverse of Segment 5, over Kenosha pass. Staring down a lot of cows in the dark (apparently cows are up at 11,000 feet). Having a head lamp die as I approached the summit. And massive “patty’s” which I thought were from moose. That is until all the cows started to appear. The term “cow patties,” is something I now clearly understand.

Day 3, we decided to leave the Colorado Trail and take the roads into Leadville. Whether that was the right decision or now, who knows. But it was the decision my team and I decided upon. It was Saturday morning, around 4AM and I had a big day before me. I was now at mile 106 and was hoping to get near or above 150. Little did I know the amount of climbing before me. Two passes, each approaching 11,000 feet with a combined climb of eleven miles. It was brutal. And the heat of the day did not help matters.

Day 3 was clearly the hardest day of the journey and one of, if not the hardest, of my life.

Leadville is a Truly Amazing Place 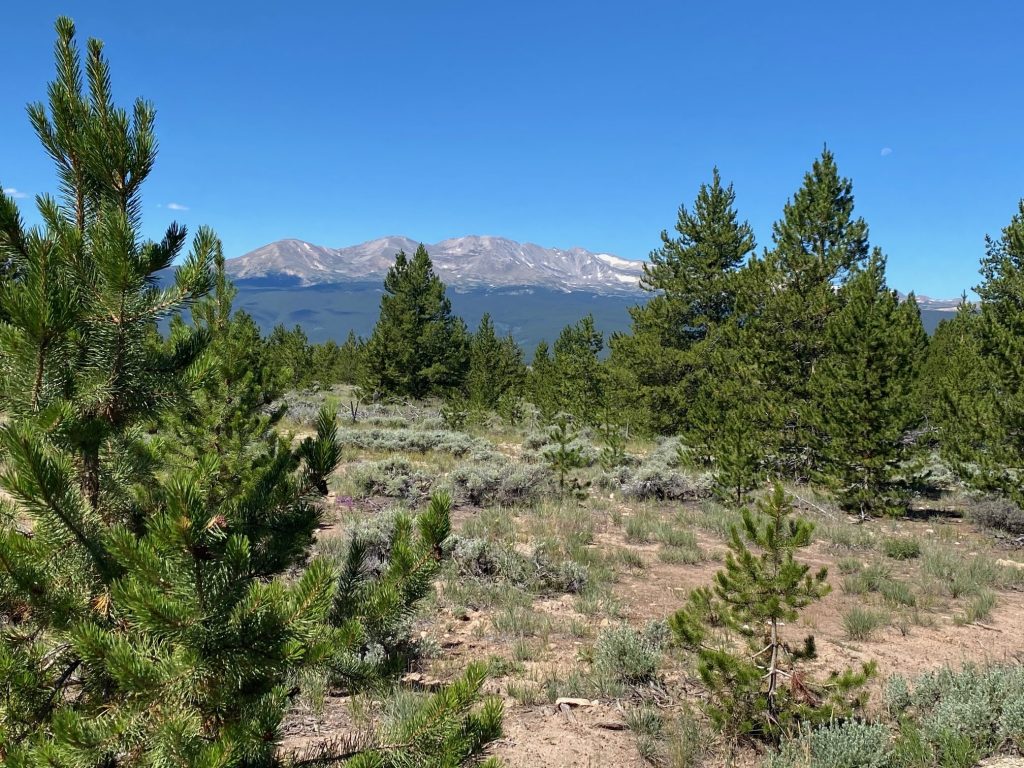 On my final climb, into Leadville, I saw our support van and was in horrible shape. I was shaking due to my electrolytes being out of balance (happens a lot to me) and was approaching a limit. Or so I thought. My team set me up with a one hour nap, in hopes it would rejuvenate me. Shortly thereafter I woke and felt horrible. I remember opening the door to the van, still shaking and feeling horrible and thinking my race was over.

I didn’t think I could physically go on. It was the only time in the entire 200 mile journey that I questioned if I could finish. Not because I was mentally weak. Purely due to what I was feeling physically. I was devastated.

Then my wife said I was only asleep for 20 minutes. Only 20? I had another 40 minutes to sleep? To this day I still revel in that moment. So I closed the van, fell asleep and woke 40 minutes later. And I was a new person. I got up, and cranked out 11 miles to end day 3. I was now at mile 152. I could see the finish before me.

Day 4 would start early as all the other days. After a few hours of sleep, I’d wake, my team would get me ready for the day and I was off. And I felt surprisingly strong. My good friend Leo would lead me around the first 12 mile loop in Leadville. It was cold, really cold at 4AM. But I welcomed it, because I knew soon the heat would come. It was a fun 12 mile loop as I allowed myself to start to reflect on what I was closer to accomplishing.

Next up was loop two with my wife Tracy. Still feeling strong. And enjoying a nice little adventure with my wife in the middle of Leadville. Checking out the abandoned mines, views of what seems like countless 14’ers, and more. We even saw Big Foot. Twice.

And finally loop three with my daughter Ashlyn. Great father daughter bonding time. Though we had a lot of that during the prior three days. Insane quality bonding and memory making. Truly special in my heart. I was even able to throw in some running at this point. And even have my daughter admit, the pace was a little too much for her at that point. Amazing to be able to run at mile 180 and actually feel better than mile 100. But that would soon pass and the afternoon heat came on strong.

Celebrating Early at Mile 198 With a SufferFest Beer 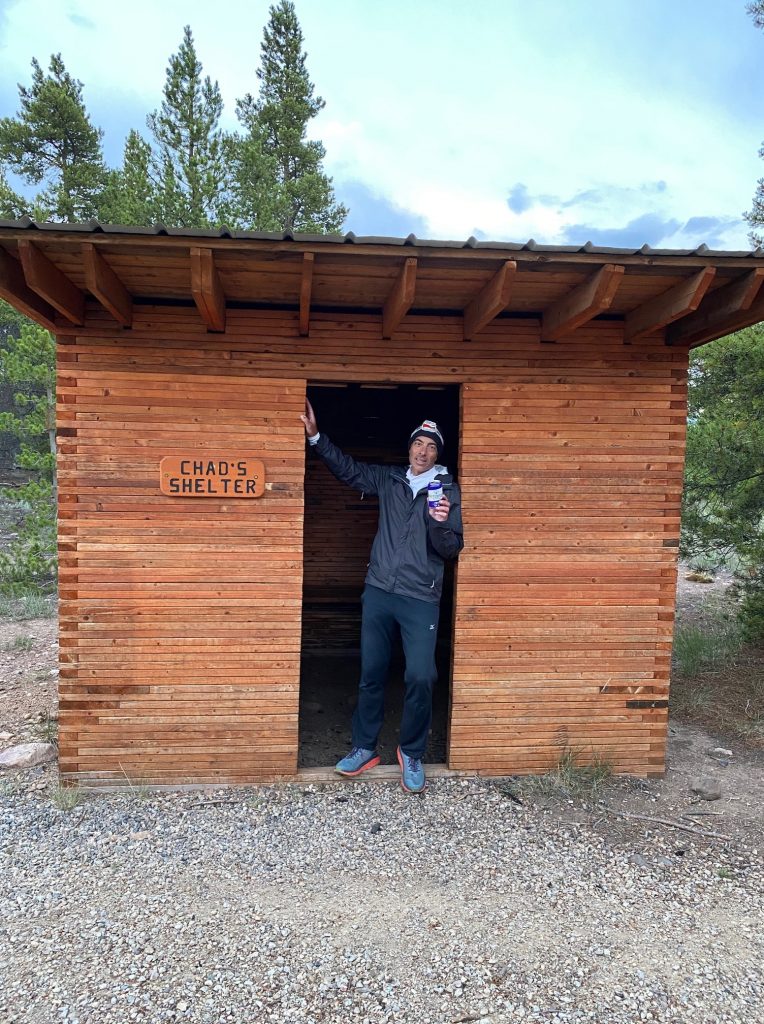 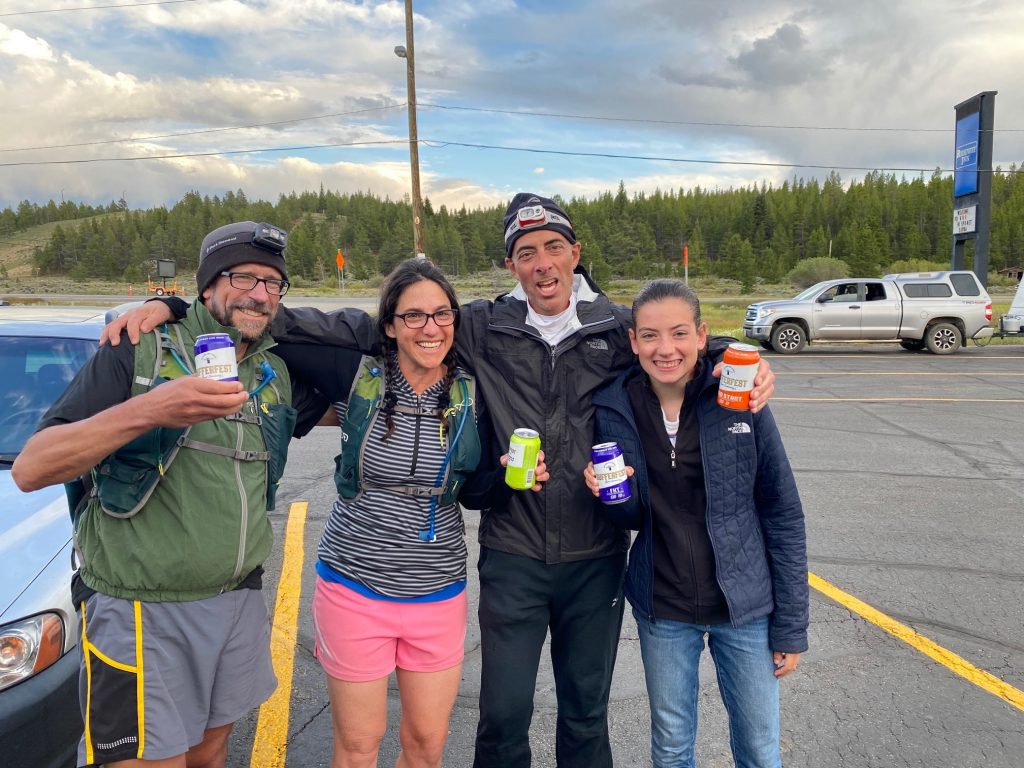 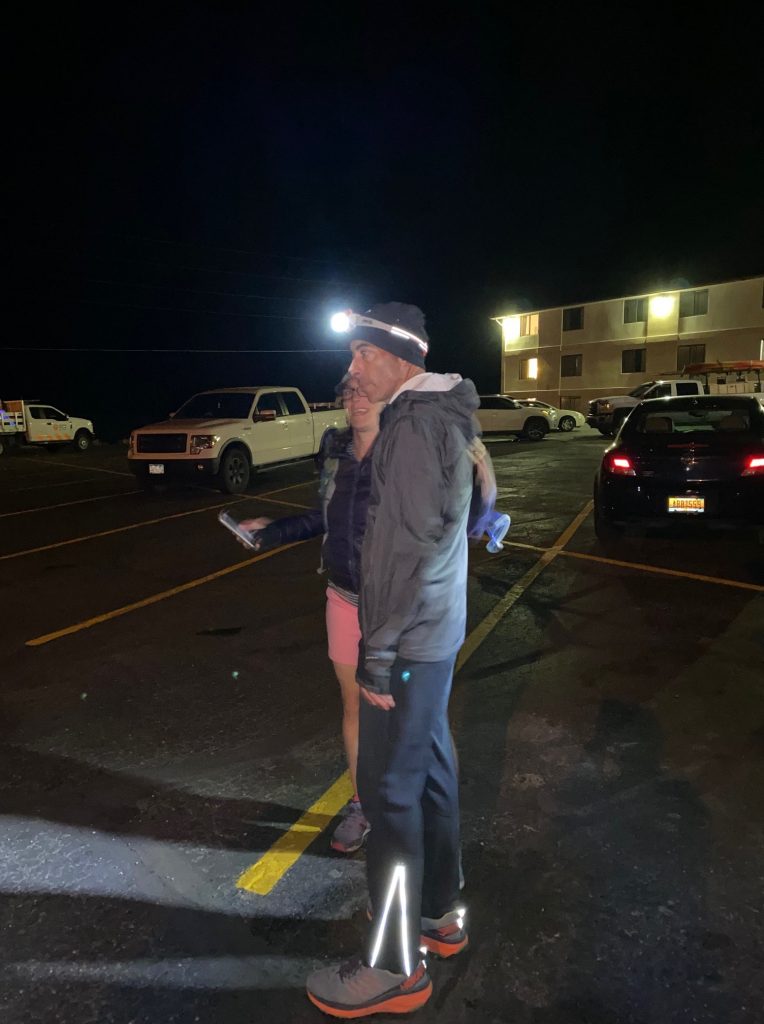 All in all an amazing experience. I could not have scripted this better. Nor spent it with a better group of family and friends. The only piece missing was my daughter Allie who stayed home to dog sit. It was the most difficult thing I have ever done in my life. More exhausting than I could have imagined.

It taught me so much about myself. And my limits. What I find most humbling about ultra-marathoning is that anyone can do it. Seriously anyone. It just takes training. But that fact is so humbling. It grounds you. And that’s what I love about it.

So what’s next? What is the limit? It’s not 200. I’m thinking it could be a LOT further. And I already have something in my mind. Something really cool and epic. But having just finished this and a hundred mile race scheduled for February I think I’ll bask in memories for a few more weeks before I make a commitment. But it’s safe to say, there’s no way I’m NOT doing another adventure. It’s just way too cool.