In life, we’re taught from a young age, to “follow the money.” Sure, be happy. Get married. Raise a family. All that stuff. BUT, follow the money.  Get awesome grades so you can get into an awesome college. Then you can get an awesome job and life will be, well, awesome. You’ll have money. Which can of course buy some really “awesome” stuff. Like cars. And of course homes (plural). After all, how can you expect to have just one home. I mean, you need to vacation right?

One minor detail in this whole plan. The money is not always that easy to follow. Let me rephrase that. Sure, following money is easy. But getting close enough to grab onto said money is not.

So what is one to do?

Here’s a radical approach. One I have proven actually works. How about NOT following the money. Rather let the money follow you.

Makes about as much sense as things like “rear covers” or “mop babies.”

Very simple. Just follow your heart. Do what you love. Because if you do what you love, odds are you’ll be really “awesome” at it. And people who are awesome at things tend to make a lot of money.  Why? Because they’re better at things than those who are not awesome.

Sorry But This Sounds Dumb

I have been accused of such in my lifetime. And will surely be accused of the same going forward. But I have proof.

In 2006, I left a really good corporate job at GE (which, at the time, unlike now, made lots of money). Under the leadership of Jack Welch, GE was the place to work. And not only did I have a job there, I had a good job. One that awarded me lots of money, stock options, freedom to travel and more. I mean what’s not to love? I even got to meet “Jack.” 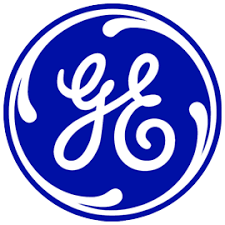 Well after six years of that grind, I decided to investigate how to fill a void in my heart. One that the secular world simply could not pacify. So I opened a retail store.

A twenty eight year old “kid” with zero retail experience and almost no training on bio-mechanics, decided to sell running shoes in a brick and mortar store, that focused on bio-mechanics. Naive right? Most definitely. And happy to say that word described me. Why? Because I’m convinced that success in life takes a bit of stupidity. What I mean, is you have to be “dumb” enough to think you can accomplish what others say is impossible.

When in reality, and sad to say, many don’t really believe it’s impossible, they just want you to fail, because otherwise it highlights weaknesses in their own lives. But that’s for another day.

Forgot to mention, I also was insanely un-funded. More like credit card self-funded. But hey.

So What About The Money?

Oh it came. But after four years of working seven days a week. Four years of eating whatever I could afford (I lost a bit of weight during that period of time). Four years of believing in myself. That my vision would work. That I would have to pivot regularly as the market guided me, but if I was persistent, success would follow.

And it did. My business became one of the most popular “run shops” in the Boston area. And a bit of coin to follow.

But before I bought that second house (I was close), I did something stupid yet again. I sold the business. Why? To follow my heart. Be a Dad, a husband and yes, start up another business.

Throughout my life I have learned a simple, but hard lesson. Follow your heart. Not only will you be happy, but wealthy (if you so desire) as well. Don’t get it backwards. Rather work backwards. Work towards happiness. Be honest with yourself. And don’t be afraid to do, what you know needs to be done.